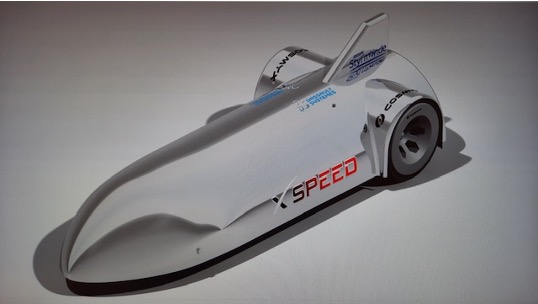 We’ve been mobilized in a very short time (10 days) around the project of the students of the Lycée Agora in Puteaux (92800) for an innovative educational challenge “Course en cours”, centered on Science and Technology.

Our congratulations to these students who won the academic final with their X-speed vehicle, and who went on to the national final which took place at the Cité des Sciences in Paris on June 8; they finally won the “digital technological innovation” prize with their ingenious skating detection device.

In a few words, this project consists during one year to design and manufacture a mini vehicle by team of 4 or 6. This concept is intended to be original while responding to contemporary issues. The project has two objectives: to encourage vocations in the scientific and technological fields, and to promote equal opportunities.

The Styl’monde Group was involved in the thermoforming of the bodywork shell (demo here) with the support of the Clerc company, which in turn produced the forming tools.